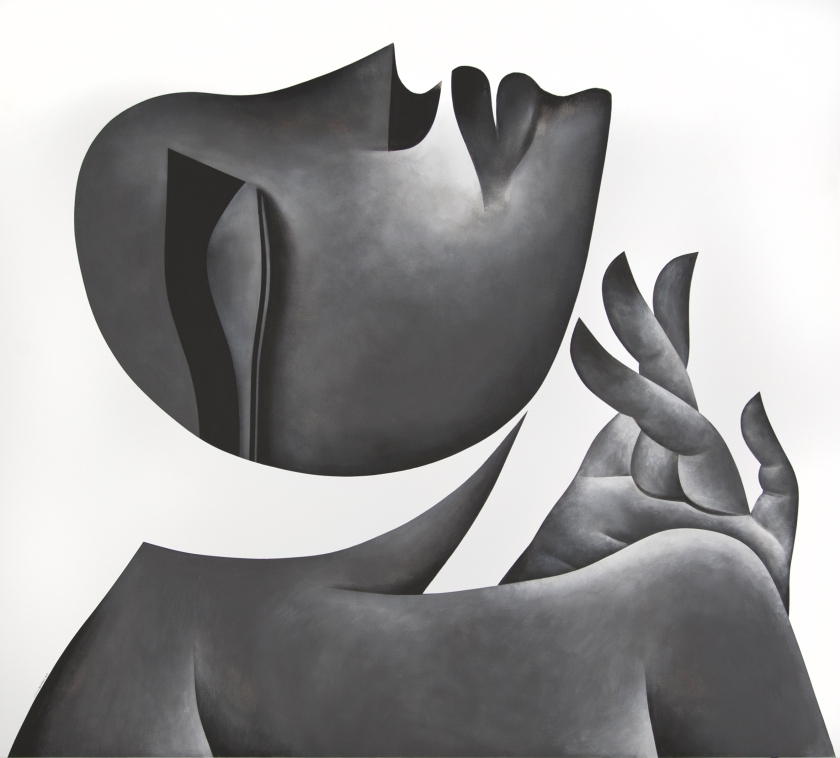 Syrian-born Safwan Dahoul explores the physical and psychological effects of alienation and solitude in his figurative paintings. Born in 1961 in Hama, Dahoul’s ongoing Dream series is partially autobiographical.

His work is thought to recreate a subconscious impetus towards drawing inwards that takes place during times of crisis, whether it be in mourning or political conflict. His contorted female protagonist, who is a recurring figure in the series, is freed from any known location. These ambiguous paintings are currently on show at Ayyam Gallery, Dubai, until May 21st, 2016.

Dahoul was initially trained by leading modernists at the University of Damascus before travelling to Belgium, where he earned a doctorate. He later became a prominent member of the Damascus art scene.